The forums lit up on Wednesday, June 28 about it. Vintage Etsy sellers' black memorabilia items for sale were being removed without warning. Things like Aunt Jemima bottles, historic books and advertising graphics.

As you can see, sellers were warned that continued violations can risk their shop. Yikes!

For some time, such collectibles have been permitted on Etsy. I sold a golliwog doll a while back. It is not part of what I normally offer; it popped out of a pile of linens I bought. So I sold it to a collector.

Some do find such items to be offensive. So be it. I find certain things uncomfortable as well.

Here is Etsy’s current information on items that “glorify hatred:”

Notice that the policies state at the bottom that they were “Last updated on Jun 8, 2017.” This is a recent change. (This issue has, of course, been visited in the past.)


“Examples of What is Allowed [on Etsy]:

“Vintage Black Americana items, such as “golliwog” dolls (but not newly-created items or PDFs of patterns)

I perused the above policies when I verified that items I sell are allowed under Etsy's TOU. As Etsy's venue, they make the rules. And change them.


This is yet another reason to have several baskets for your eggs... I am forced to move my two affected dolls to another venue.


Can something be learned from such black memorabilia, or Etsy's removal of them? I cannot say... However, Winston Churchill stated "Those that fail to learn from history are doomed to repeat it."
at June 29, 2017 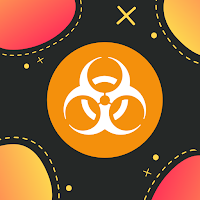